CBD (cannabidiol) is the dominant compound found in the hemp plant, which synthesizes cannabinoids and terpenes (essential oils) in reaction to heat and light under natural growing conditions. The hemp plant contains hundreds of other “minor” cannabinoids such as CBG, CBN, and terpenes, each of which carries its own distinctive set of benefits. These hemp-derived cannabinoids are non-psychoactive, meaning they do not produce the typical “high” effect associated with marijuana.

Because CBD is a cannabinoid, it is often confused with THC, another, psychoactive cannabinoid found in marijuana. But CBD is not psychoactive, and its effects differ drastically from those of THC.

The hemp plant is dominant in CBD, and contains only trace amounts of THC, typically under the legal limit of 0.3%, which is far too low to produce psychoactive effects. This is why hemp-derived CBD products are recognized as legal & non-psychoactive under the 2018 Farm Bill. Marijuana, by contrast, is dominant in THC and typically contains only trace amounts of CBD. THC is the psychoactive cannabinoid responsible for the “high” associated with marijuana use. This is why hemp and CBD products are recognized as legal and non-psychoactive under the 2018 Farm Bill. 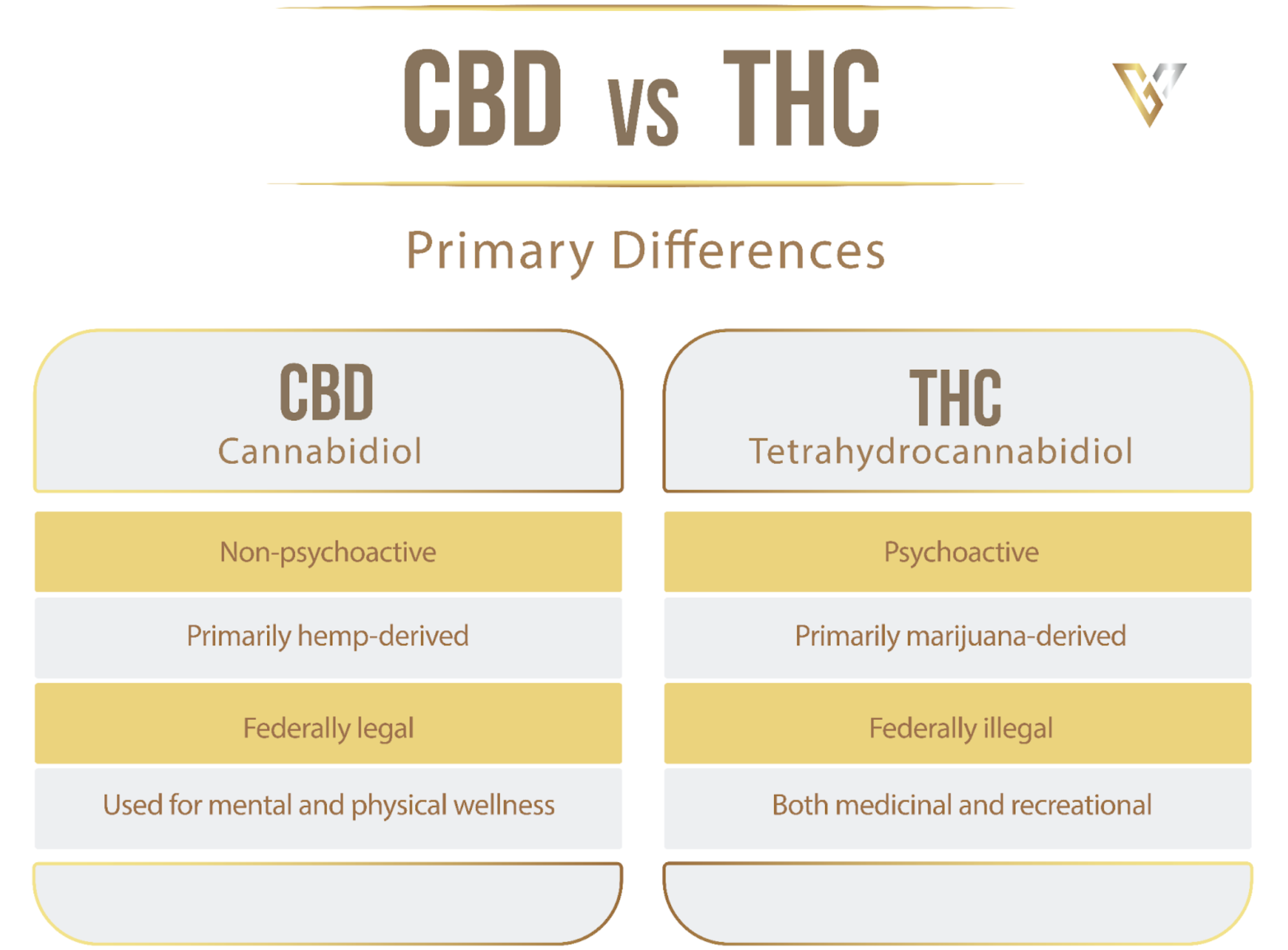 The hemp plant contains mostly CBD, whereas the marijuana plant contains mostly THC. But as aforementioned, any variety of the cannabis sativa plant will also have a variety of hundreds of other cannabinoids, albeit only in trace amounts. This is why you may see marjiuana-derived CBD products in dispensaries, yet these differ fundamentally from our, hemp-derived CBD products.

The Legal History of Hemp & CBD

Hemp-derived CBD products containing 0.3% THC or less were federally legalized with the 2018 Farm Bill, which is why CBD products are now legal and easily attainable across the United States. With the US Farm Bill comes the federal confirmation that hemp is separate from marijuana, and CBD is distinguished from THC in that it does not provide any psychoactive effects associated with marijuana use.

Hemp is one of the oldest compounds associated with consumption and use throughout human history, and evidence suggests that hemp was common among humans from the Neolithic period (dating from 7000-1700 BCE) from Asia to Europe, from hemp cultivation to the use of hemp fibers, and hemp was cultivated in the U.S. for years prior to its establishment as a country, having been transported from South America to American soil in the early sixteenth-century before widespread use by Puritans and original settlers, and its promotion by presidents including George Washington, before farmers were legally required to grow hemp in the 1700s.

However, due to the confusion between these two cannabinoids and these two separate species of the cannabis plant, hemp experienced a complicated legal history prior to the passage of the 2018 bill, though its separation from marijuana has now been federally recognized, and you can rest assured that any CBD products you consume are not only legal, but safe and non-psychoactive.

Many of the incentives that have complicated hemp’s legal history have been purely financial, or based on misinformation and bias associated with marijuana. In 1937, the Marihuana Tax Act was passed by the US Government, which posed extreme difficulties to hemp cultivators by imposing taxes on farmers involved in the production of any cannabis plants–without differentiating between hemp and marijuana. Hemp production declined until World War II, when the USDA initiated the “Hemp for Victory” program to produce fibers and other crucial materials to support national efforts.

But in 1970, hemp farming was once again halted due to misinformation with the imposition of the Controlled Substance Act, which failed to differentiate between these two–very different, as we have shown–varieties of the cannabis plant, placing stringent regulations on the production of cannabis of any kind due to hemp’s confusion with the intoxicating compounds from marijuana.

Nonetheless, the realization that hemp was non-psychoactive and had many benefits to provide was still regarded by many, and in 2014, President Obama signed a Farm Bill that allowed research institutions to start hemp farming, which spurred a rapid increase in jobs. This prefaced the 2018 Farm Bill, which allowed CBD to enter the general public and the research community–which is why CBD has so quickly skyrocketed from a little known compound to one that has fascinated so many researchers, and is hailed by so many consumers, for its purported benefits. 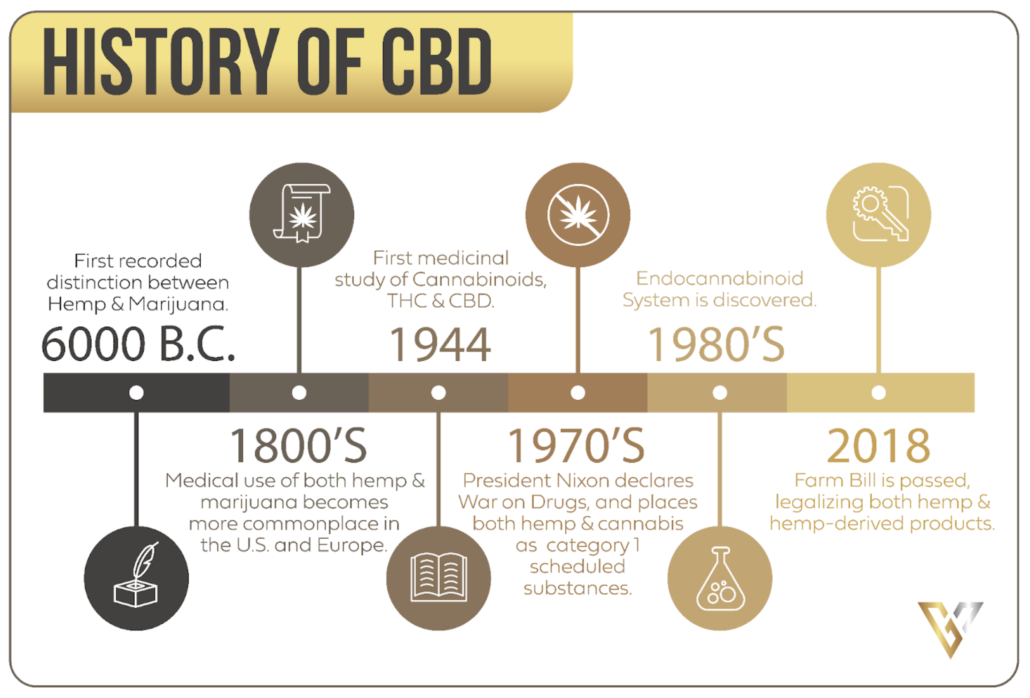